The Emmons Peak project is located in the Wabigoon Terrane. The property has seen past exploration for gold mineralization as well as base metals and PGM’s.

The Property is large in size and totals 1,634 hectares comprising 71 unpatented mineral claims. The Property is located in the Turtlepond Lake area, Kenora Mining Division, Ontario.

The Emmons Peak project is situated along strike the historic area known as the Goldrock Mining Camp. The Camp hosts three past producing gold mines which operated in the first quarter of the 20th century, as well as numerous gold showings, deposits, and prospects. The Property hosts a number of known gold showings and is situated proximal to a regional scale structure, the Manitou Straits Deformation Zones. This is one of the major tectonic faults in the Western Wabigoon and can be traced for over 65 km in strike length. 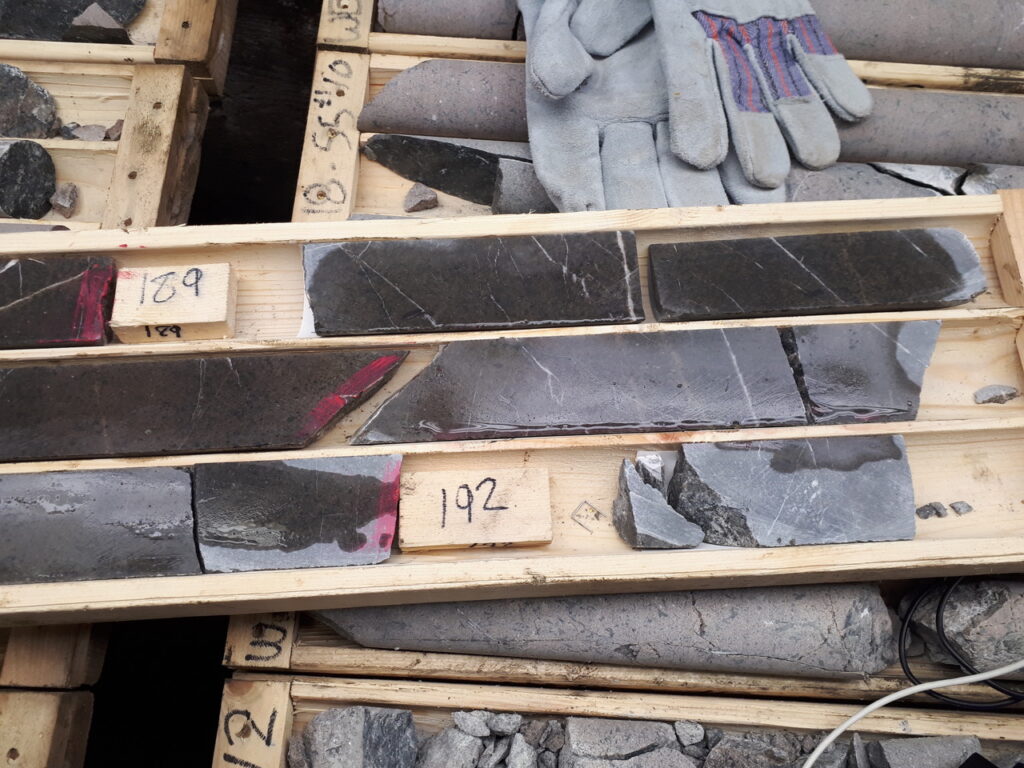 The Emmons Peak project is located 50 km south of Dryden, Ontario. The property is easily accessed via Highway 502, which crosses through the property.

The Property is readily accessible via numerous four-wheel drive trails that transect various portions of the claims. The towns of Dryden and Fort Frances are relatively close; these all have the necessary equipment and trained personnel to support exploration and mining activities. The property has very good access to infrastructure, as it is located approximately 50 km south of the Trans-Canada Highway. The city of Thunder Bay has the closest commercial airport to the town of Dryden and the Property. There are regular daily flights to Thunder Bay, and it is a 400 km, or a 4.5-hour drive, from Thunder Bay.

The project is situated in the Western Wabigoon Terrane, along strike of numerous historical gold showings and turn of the last century early mining. The historical showings and past producing mines are controlled by a regional scale structure, referred to as the Manitou Straits Deformation Zone. Generally, the deformation zone trends NE with a generally steep dip. This is one of the major tectonic faults in the Western Wabigoon and can be traced for over 65 km in strike length.

The high-strain zones within the deformation corridor vary in width from metre- to kilometer-wide. They commonly are spatially associated with varying types of quartz veins, pyrite mineralization, and iron carbonate alteration.

The Sovereign showing consists of a mineralized, 0.5 to 1.0 m wide, milk-white quartz vein, which dips steeply to the east and strikes northward across a 10 m wide shear zone. Narrow east-trending quartz veinlets extend for several metres from the main vein. The Starr showing is comprised of a gold-bearing quartz veins contained in a shear zone with limited exposure.

Overall, the showings are hosted within thick sequences of metavolcanic and metasedimentary units. The volcanic stratigraphy is intruded by mafic sills, lamprophyre dikes, quartz and feldspar porphyries and granitic rocks marginal to a batholithic dome. The rocks are predominately Archean. with the exception. of a series of Proterozoic diabase dikes. The main structural features in the area are the northeast trending Manitou Straits Fault which bounds the Property to the southeast and the tightly folded Manitou Anticline, the axis of which passes through the centre of Sasakwei Lake.

The Property has only had limited modern exploration post-1990.